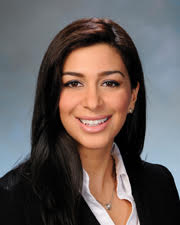 Sheila Witt is the Founding Partner at Witt Law Firm, PC. Having personally experienced unlawful discrimination and harassment in the workplace, Sheila opened Witt Law Firm with a vision to fight for employees’ rights against unscrupulous employers.

Sheila was born and raised in Southern California and was accepted into UCLA at the age of 16. She thrived at UCLA, serving in leadership positions in school government and advocacy organizations and developed a passion for serving the underprivileged and underrepresented.

Sheila decided to turn her focus to the law and attended Loyola Law School in Los Angeles, California. Her academic achievements continued and she was awarded several First Honors Awards. Sheila also served as an extern for the Center for Conflict Resolution and for the Honorable Victor Wright of the Los Angeles County Superior Court.

Upon graduation, Sheila began her career as an associate attorney for the prestigious international law firm McDermott Will & Emery LLP in Century City. As a member of the firm’s Trial Department, she gained invaluable experience in a variety of high stakes complex civil litigation matters, including in areas of employment law, healthcare, and other financial litigation.

After moving to Orange County in 2012, Sheila decided to open Witt Law Firm and quickly focused her practice on fighting for employees’ rights throughout the state of California.  Sheila is proud to have obtained a large number of favorable settlements and trial victories on behalf of her clients and, in fact, boasts an undefeated trial record. In recognition of her success, Sheila was named a 2016, 2017, 2018, 2019, & 2020 Rising Star by Super Lawyers, an honor bestowed on only 2.5% of attorneys in California.

Sheila is also heavily involved in the local community as an active member of numerous charity and volunteer organizations and serves on her homeowner’s association Board of Directors.

Sheila is fluent in Persian (Farsi) and conversational in Spanish.