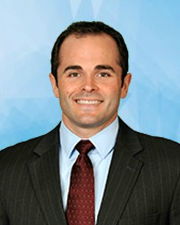 Steven also has extensive experience with employee benefits issues, such as employer-based healthcare, 401(k) and pension plans, and disability plans and leaves of absence (FMLA, pregnancy, disability, military, etc.).  Steven has also lectured extensively on compliance issues relating to the Patient Protection & Affordable Care Act (ACA) for employer-provided healthcare at seminars and conferences across the country.

Prior to joining Witt Law Firm, PC, Steven worked as an associate attorney at elite national and international law firms, including McDermott Will & Emery LLP, Fisher Phillips LLP, and Bryan Cave Leighton Paisner LLP, focusing his litigation practice in the fields of employment litigation, employee benefits, tax, and commercial litigation.  He also worked as in­house counsel at Under Armour, Inc., focusing primarily on employment law and trademark litigation.  Immediately following law school, Steven served as a Judicial Fellow at the Superior Court of the District of Columbia. While in law school he clerked for the general counsel of a national political party committee and served on the staff of the American University Law Review.

In recognition of his success in his legal career, Steven has been named a 2019, 2020, & 2021 Rising Star by Super Lawyers, an honor bestowed on only 2.5% of attorneys in California.